Normally they would travel to Asia with university representatives and visit schools there.  Ben Wilkey, Tour Director at AEO Tour, explained, “Before the pandemic, we were usually gone for two to three weeks. We stayed in different cities in Asia for a couple of days, visiting about four schools each day. For bigger cities, we would host a public college fair, usually in a hotel ballroom.”

At the in-person events, there would typically be up to 40 universities participating. Each university would have its booth. There would be all kinds of big and small universities, including state universities, community colleges, and some private schools.

Once the pandemic hit, AEO Tours eventually decided to pivot to virtual. With Airmeet, not only did they successfully simulate the in-person tour, but they were also able to interact and engage with the students effectively. Here is how they were able to leverage the platform’s features to achieve this.

Ben mentioned that when he realized that the pandemic situation wasn’t going to go back to normal anytime soon, he tried to conduct his events virtually. He only knew about platforms like Google Meets, Skype, and Zoom at the time. He tried with Zoom first as that was a popular choice then.

His idea was that he’d set up each school with its own Zoom room, and students could visit them as they liked. But the problems that he faced included-

Eventually, a rep from Stony Brook university recommended Airmeet. Ben shared, “I saw the Airmeet demo, and it looked great! The pricing was good, and I liked the convenience of it.”

Ease of Use: Airmeet’s user-friendly interface made it easy to set up and manage the event. Ben shared, “It was so easy to set up; I thought I had to assign a table to each university rep, but I was pleasantly surprised that anyone could just take over a table. All they had to do was y to the table and sit there.”

He further said, “I really like how universities could talk to the students that came in, and the students liked the interaction too. It was really easy to use. I didn’t have any technical issues. No one needed to have a login. They could just set it up themselves and go into it.”

Regarding the visual appeal, Ben said, “Airmeet does a good job because you have an aerial view of what a college fair would look like, and you can see exactly who’s there. The advantage over Zoom is that everyone’s together in the same room. The best thing is that it really does resemble a college fair better than any other platform.”

AEO Tours was able to host close to 250 participants via Airmeet. Creating avenues for effective interaction was pivotal. Ben was able to accomplish this via the following Airmeet features:

Chatbox: Ben mentioned, “Chatting with the students on one side of the screen worked out great. You could see everyone that came in and engage with them.”

Invite to stage: Ben appreciated the invite to stage feature for presentations. He said, “During individual school visits, we would do a presentation beforehand. I could pull a counselor on stage, and they could present before I announced that it was time for the fair, and students could then visit the tables.”

A few more features that Ben appreciated included customer support and analytics. He said, “Airmeet support and follow-up have been great. It was good to see how many students came in via the analytics report shared post-event.” 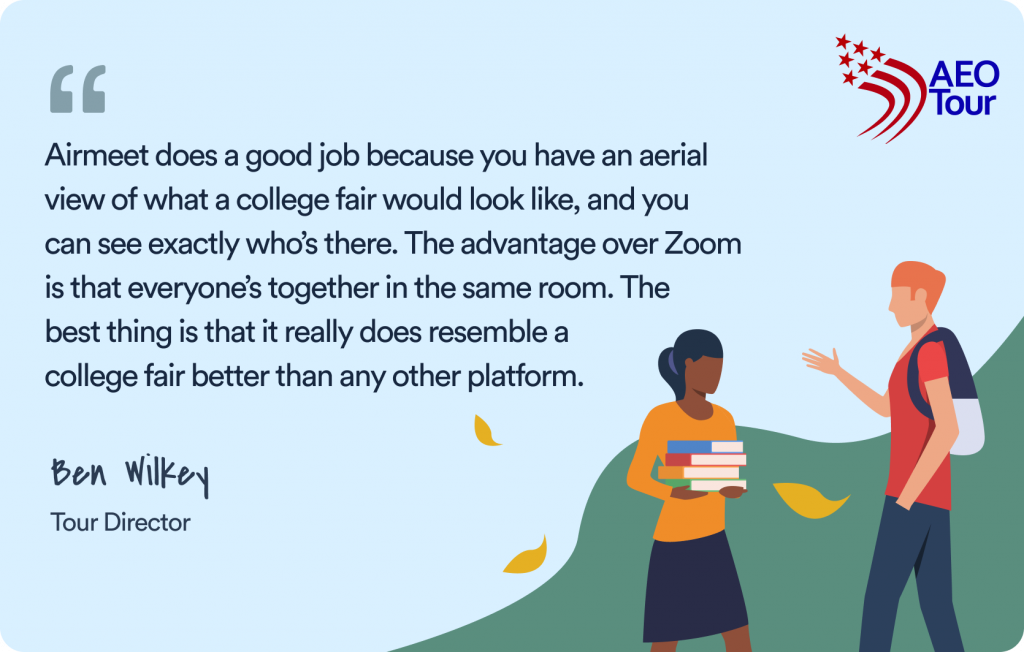 When asked about the future plans with Airmeet, Ben replied, “When things go back to normal, we will travel physically but will also incorporate a few virtual college fairs. I’ll always keep doing virtual events because we’re able to have access to so many more students than we would normally have.

I can’t personally travel to every school, and often people can’t come into a physical event, so in such cases, we could host virtual events.”

About the overall Airmeet experience, Ben said, “It seems like every six months there’s more improvement in the platform, which is great to see. You gave me a really good option to do fairs because I didn’t really like how Zoom was working out. So Airmeet, for me, is affordable and pretty effective for what we need. You guys are heading in the right direction.”

AEO Tour has had six events via Airmeet until now and is looking forward to hosting some more in the coming months.

Book a demo and learn how you can leverage Airmeet features to effectively simulate a delightful experience at your events. 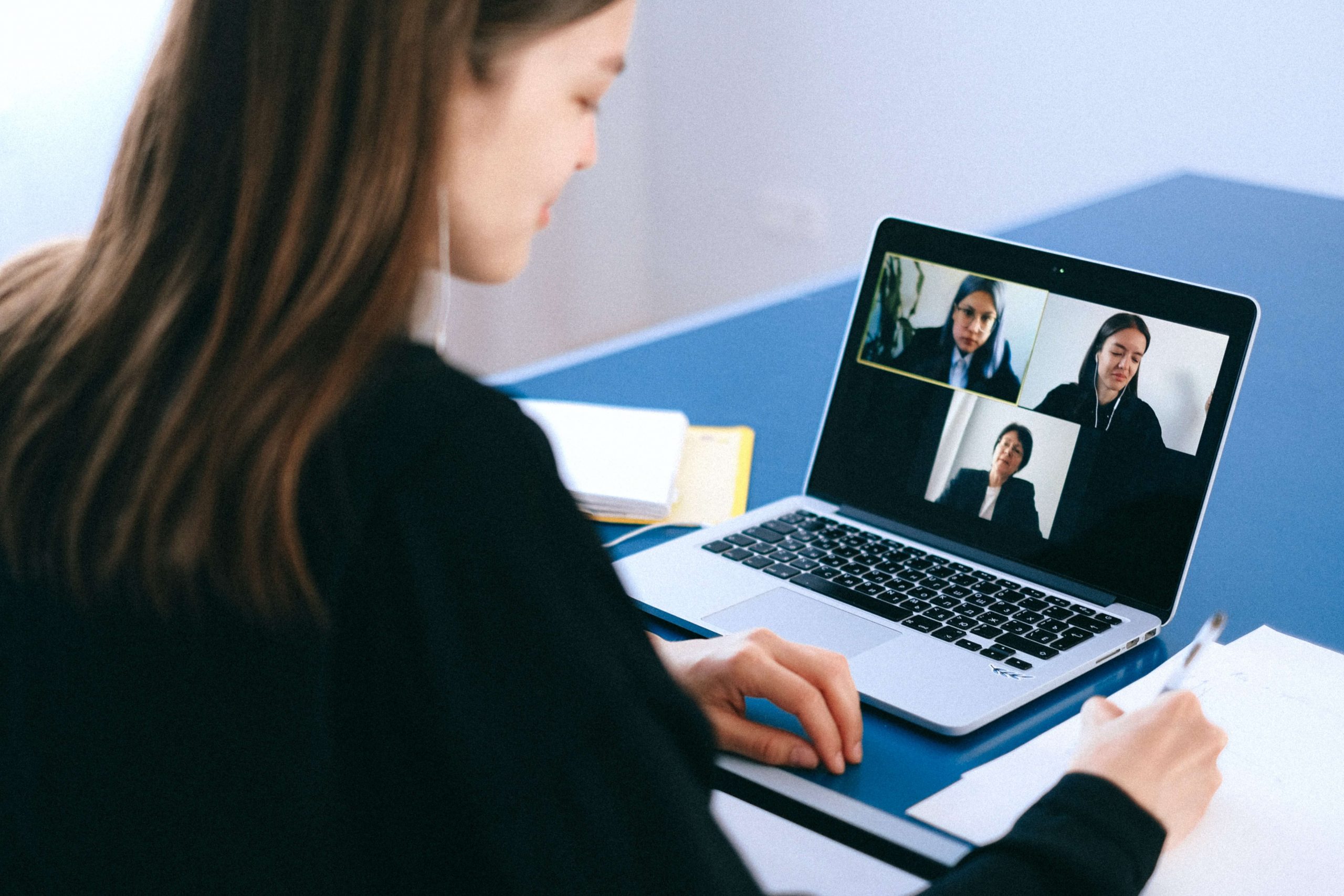